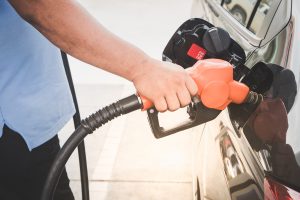 People don’t pay much attention to whether or not they buy diesel cars or petrol cars but that could soon change. This is due to a proposed ‘toxin tax’ that has been suggested by the UK government. If the tax is passed it could mean that drivers with diesel cars could be paying up to £20 a day to drive their cars in some parts of the UK. There are plans for the tax to be charged in 35 cities and towns across the UK including Southampton, Nottingham, Leeds and Derby to name a few. It’s thought that these plans could affect up to 10 million cars which is an awfully large part of the driving population.

Is buying a Diesel car still worth it?

It’s thought that councils in each area would consult on the plans and that newer diesel vehicles might be exempt from paying the new ‘toxin tax’. With all of these figures and proposed taxes being thrown around it’s making us wonder whether having a diesel car is worth the hassle. It’s thought that the previous governments encouraged us all to buy diesel cars and now that plan seems to of backfired. So, what does it mean for all of those who have diesel cars?

Prime Minister Theresa May has hinted at helping existing owners of diesel cars with the cost of the ‘toxin tax’. She has been very upfront about the fact that drivers who previously brought diesel cars as advised by previous governments have to be recognised and supported. This is the result of over a decade ago when Labour said that diesel cars were the way to go because of concerns to do with carbon emissions.

Is there going to be a new scrappage scheme?

May’s comments have created a fair amount of speculation that has left many people wondering if she’ll be introducing a scrappage scheme. Drivers with diesel cars could be given up to £2,000 towards a new car if they trade in their current ones – but their new ones would have to be lower emission, according to reports. It’s thought that the scheme could have some restrictions on who is eligible. For example, it may only be offered to those on low incomes or those who live in the highest pollution zones in the UK.

The dangers of older Diesel cars

Diesel cars are well known for producing nitrogen oxides which can cause lung problems such as asthma. It’s thought that older diesel cars are particularly poisonous and there are around two million diesel cars over 12 years old still being driven around the roads of the UK every day. According to the European Environment Agency, nitrogen dioxide contributed to nearly 12,000 premature deaths in 2013. This ranks the UK second just behind Italy.

Holding off until the election – what do you think?

It is a lot to take in really, isn’t it? But you can see the intentions behind the ‘toxin tax’ are good because the government wants to reduce pollution. If you currently own a diesel car this may be a confusing, frustrating time but it’s important to remember that these plans have not been finalised as of yet. And you should keep an eye out for developments of this in the news, at the moment it seems to have been shelved until after the election. It also wouldn’t hurt you to do some independent research to see what other motoring experts have to say.

Antwis Engineering provides car servicing, vehicle repairs and MOT tests for customers in the Sevenoaks and surrounding areas. We always want to hear our customers views on the current motorist news so feel free to start a chat and let us know what you think.